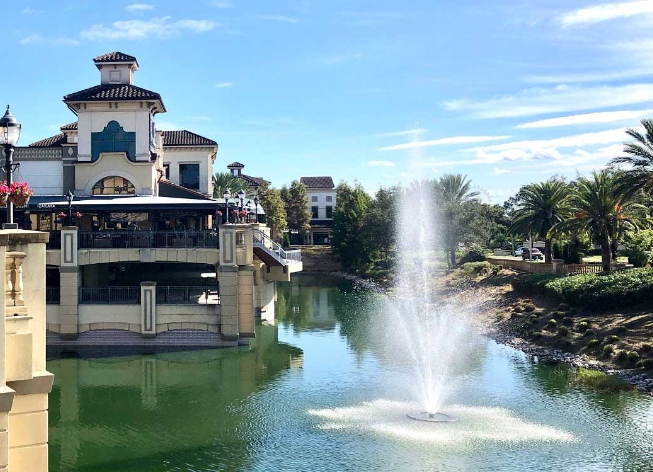 Dr. Phillip Phillips was a pioneer in the citrus industry, responsible for several key innovations in the processing and packaging of orange juice. He owned thousands of acres of groves, stretching across nine central Florida counties. Dr. Phillips eventually sold the bulk of his property to Minute Maid in the 1950s.

The property he owned in southwest Orange County was sold to developers who built Bay Hill and other subdivisions. The area has experienced explosive growth in the last 30 years, due largely to the location of two key local industries: defense and tourism. Initially, it was the construction of defense giant Martin Marietta (currently Lockheed Martin) that had the greatest impact on Dr. Phillips, but that was only until the arrival in 1971 of Orlando’s most famous resident, Mickey Mouse. The impact of Walt Disney World on all of central Florida has been enormous, but nowhere is it more recognizable than in southwest Orlando and the Dr. Phillips area. The Dr. Phillips area has been able to maintain its superb quality of life by timely upgrading of the infrastructure and controlling growth. Many people move to the Dr. Phillips area due to the reputation of the public schools alone. Located on the eastern shore of the Butler Chain of Lakes, many residents are active in boating and water sports. Outdoor enthusiasts also enjoy the  43 acre, state-of-the-art County Park, named after its namesake, Dr. P. Phillips. The Dr. Phillips area also boasts an enviable town center and numerous first-rate restaurants on Sand Lake Road.