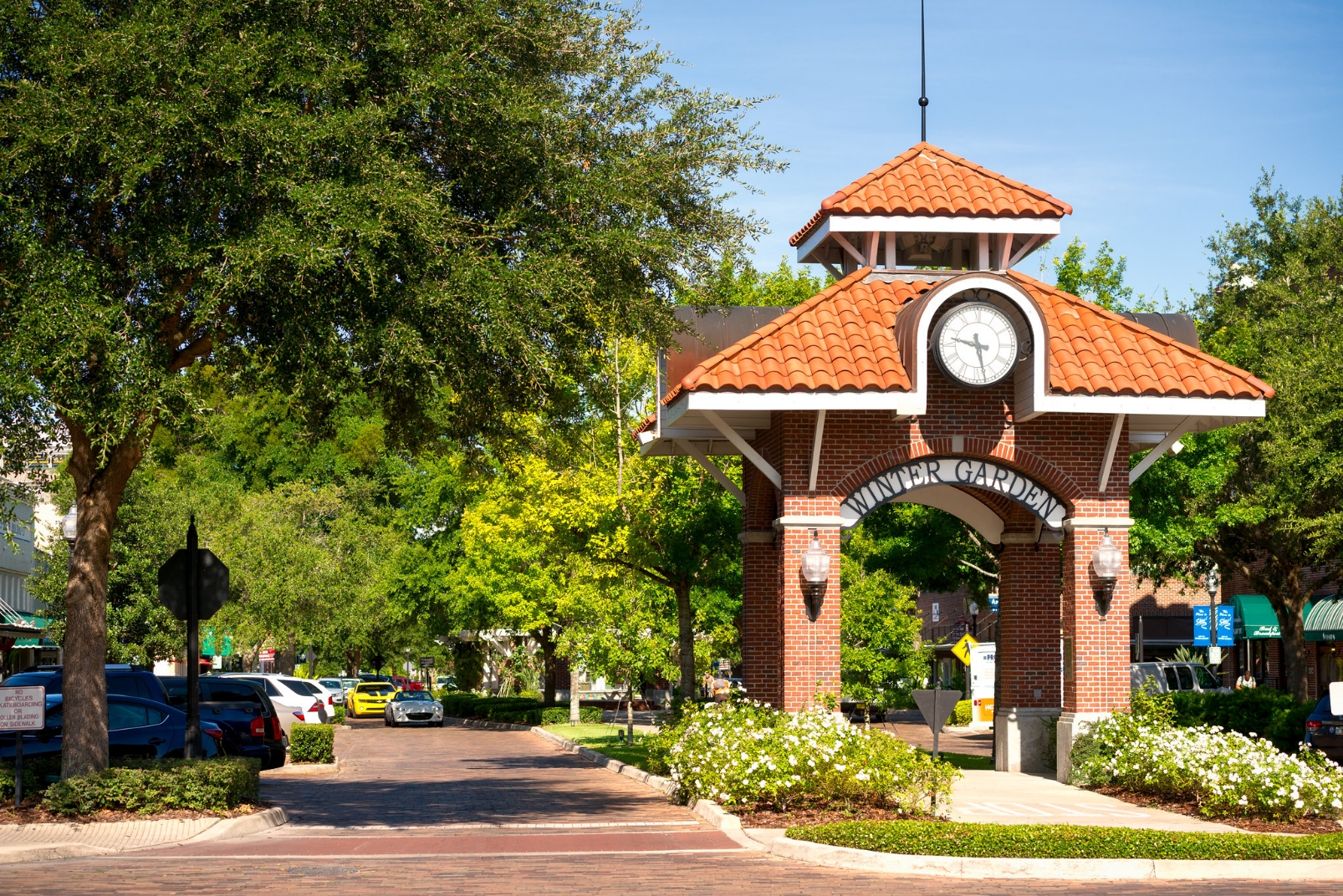 Winter Garden is the commercial and cultural capital of West Orange County while maintaining its quaint charm and small-town feel. It continues to be recognized nationally as a desirable place to live and grow a business. In fact, is was named in the top 10 of the “Best Places to Live in America” by Money magazine in 2019.

Nestled on beautiful Lake Apopka about 20 minutes west of Orlando, this former citrus town is home to nearly 45,000 residents and embodies a wealth of historical and natural assets. Winter Garden’s proximity to Orlando and the theme parks makes it a convenient, central location to live and work. The City offers varied housing options with a healthy mix of old and new, great schools, and one of the lowest millage rates in Orange County while enjoying a superior quality of life. Winter Garden has been recognized as a “Best Place to Raise a Family in Florida” by SmartAsset, and declared as one of the “Best Cities for Young Families in Florida” by NerdWallet. In addition, Winter Garden is the American Planning Association’s People’s Choice “Great Places in Florida” winner.

Winter Garden has a thriving business community comprised of small businesses and a premier shopping district with over one million square feet known as the Winter Garden Village at Fowlers Grove. With more than 2,000 businesses, Winter Garden is a greenhouse for entrepreneurs and small businesses. In fact, WalletHub named Winter Garden as one of the top three best small cities in Central Florida for launching a business.

Listed on the National Registry of Historic Places, Downtown Winter Garden is a slice of Old Florida as it maintains its hometown charm. Breathtaking picturesque, downtown is embellished with colorful flowers and landscaping, brick-lined streets, and a streetscape that tells a story about the community’s history and character.  The 22-mile award-winning West Orange Trail, which will soon be part of the 250-mile Coast to Coast (C2C) Connector Trail, runs right through the center of downtown. In the heart of downtown is also its iconic Clock Tower and Water Tower, as well as its Centennial Plaza that is considered the City’s “outdoor living room” with a mosaic-tiled public fountain lined with bench swings, and a gazebo that serves as a stage for year-round entertainment. A number of complimentary amenities can be found within downtown including a splash park, historical museums, an art gallery, and a linear park and oversized Downtown Pavilion that is home to the award-winning weekly Winter Garden Farmers Market. The historically-preserved Garden Theatre, as well as the Plant Street Market, an indoor food hall and market anchored by a craft brewery, rounds out the downtown entertainment options. Downtown Winter Garden exudes energy, yet maintains a relaxed, comfortable atmosphere that makes it a favorite place for people of all ages.

A number of recreational amenities can be found throughout Winter Garden including parks that preserve Florida’s natural habitat, as well as public pools, athletic complexes, a splash park, rental halls and pavilions. Its newest park, Tucker Ranch Recreational Park and Nature Preserve, which opened in 2018, features boardwalks and trails winding through old-Florida wooded environments, picturesque Oak canopies, a playground, pavilion, picnic tables, and a host of recreation opportunities still to come.

The City continues to add to its offerings including a 60-room boutique hotel opening in downtown within a year; and a revitalization to downtown’s gateway, Dillard Street, which will include a new streetscape and the addition of bike paths. Winter Garden’s unique combination of small-town appeal coupled with contemporary amenities makes it an ideal location to call home.